PrevPreviousBest Powerbank and USB-C Hub: THE ALSTERPLUS
Next3 Types of Videos to Quickly Market Your Business with YouTubeNext
Social Media Marketing is all about fanbase and when you acquire fans, make use of it as much as you can.

1.  Understand Just What Marketing Is!

So, with this understanding of what it is, you can approach social media marketing with the same enthusiasm of getting that date or getting out of a ticket.  You’re simply showing others why your opinion is valuable.

To get a clear picture of how to market well, watch Seth Godin here:

We’re all pretty sick of being promoted to, especially when scrolling through social media to see a funny picture or the latest gossip.
Sharing your story, whether you post as an individual or a brand, takes your audience into the VIP room of your life.  We all like being part of a select group and this makes us feel your inviting us into your inner circle.  It also gives us the chance to learn more about you and your brand, without you selling us.

When you document your work process and share that with us, know that you’re telling a story.  Tell the story of what it’s like to run your business.  Being transparent will go a long way.

On one hand, it’s important to not over-burden yourself which will result in too little content.  However, making use of the different platforms is essential if you really want to grow your social media marketing.  Fortunately it can be easy to multipurpose the same posts.

When you post to Instagram, you can set it up to forward the post to Facebook, Twitter and Tumblr.  Make use of this!  Your audience is everywhere so your social media needs to be everywhere too.
Also, while you post to the different social media platforms, you get to learn more about your audience by how they react or don’t react.  For example, if your Instagram posts only get Likes by your mom and yourself, it’s safe to say that the content is not working for you.  If you’re not getting the responses that you want, try different things.

My wife was posting promotions for her coaching program and it wasn’t getting much attention.  We looked through her Facebook history and realized that she had been posting a lot of the same stuff for over a month because she had a lot of similar programs to promote.  I urged her to try something completely different.

She posted a complaint about mothering a teenager which caught a lot of sympathetic comments.  She then posted a picture of her looking happy and said something good about her life: plenty more comments.  Moral of the story: diversify your posts (and document rather than promote).

Wherever you are in the social media ranking, you can find partners to market with.  Seek out other influencers like yourself who have a similar amount of followers.  Also look for influencers who are in a synergistic niche.  If you’re a chiropractor, then partnering up with an acupuncturist might make sense.
Partnering can mean reposting each others posts, commenting on each others posts or even creating content together.  This is especially useful if you’re making videos on YouTube.  In the YouTube world, it’s called a collab.  The popularity of it is justified.

Social Media Marketing is all about fanbase and when you acquire fans, make use of it as much as you can.
The very first thing I recommend here is to read the essay by Kevin Kelly entitled 1000 True Fans.  The premise of the essay is to build a true fanbase one at a time with authenticity, which then has a compounding effect.
Fans provide the all-powerful social proof and in the world of social media, this is paramount.  Fans also help with common objections to your business by simply sharing what they love about you because part of what they love about you is how they too had to overcome a common objection to use your service.
There are a lot of ways to utilize your fanbase such as posting Google or Yelp reviews but here are the 2 best ways that will get the most traction out of your effort.

Social Media Marketing in 2019 and beyond

Am I leaving anything out?  Social Media Marketing can be powerfully effective for your business if you approach it with strategy and an end goal.  And, have fun with it.  Everyone else is there to enjoy themselves, so keep that in mind when you try out our 4 tips of marketing.

PrevPreviousBest Powerbank and USB-C Hub: THE ALSTERPLUS
Next3 Types of Videos to Quickly Market Your Business with YouTubeNext 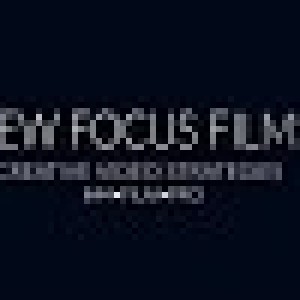